Caroline Henderson is a M 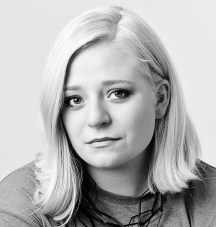 SW candidate in the University of Michigan School of Social Work, concentrating on interpersonal practice and mental health. Before beginning her graduate studies, she attended Barnard College where she earned Bachelor of Arts degrees in human rights and English literature. During her undergraduate education, Caroline became interested in the rights of children with incarcerated parents and began conducting research at alternative-to-incarceration programs. Additionally, she volunteered for youth development programs that support juvenile offenders as well as adolescents who have experienced the loss of a parent due to incarceration.

Caroline’s current research interests include studying the impacts of racial bias on mental health diagnoses, and how these disparities are translated within the unequal state of the U.S. criminal justice system. She also remains interested in working directly with people who are incarcerated and their families, addressing mental health concerns experienced before, during, and after the trauma of incarceration.

10/26/18 – Congratulations to Dr. Watkins for being named a 2018 Distinguished Alumni at the College of Education and Human Development at Texas A&M University!

4/1/18 – The GendHR Lab is pleased to welcome Dr. Jaclynn Hawkins back to the University of Michigan School of Social Work!

8/10/17 – Dr. Watkins received a new grant to implement another iteration of the YBMen Project this fall. Congratulations!

3/22/17 – Congratulations to Dr. Jamie Mitchell who was named the 2017 Teacher of the Year for the University of Michigan School of Social Work.

What we’re tweeting about:

Error: Twitter did not respond. Please wait a few minutes and refresh this page.

What we’re blogging about: